By Khaya Ahmed: 2015 was the year Pakistan saw music return to its roots and take hold in breathing a new life into it. We saw the revival of dying genres, a different take on the old, and saw the return of some of the country’s biggest names. So, as we raise our glass and toast to the Year to come, let us take a look back at the albums released this year and made headlines everywhere!

Sibte Hassan – Taqdeer
A man whose goals are to influence his listeners with a versatile and unique blend of music, it seems that newcomer Sibte Hassan has certainly accomplished that with his debut album Taqdeer. In an industry where pop music is often deemed “boring” and “unoriginal,” this artist has brought something new to the table and the headlining track off his album, Your Desire, proves just that with its catchy beat and effortless fusion of Punjabi and English lyrics. True to his brand, no two songs sound the same with Kuch Na Raha being a slow but powerful soft rock number while Rom Rom brings a nice little Sufi twist to a classic love song. Tracks like Dilbara Dilhara and O Dila Way certainly usher in a wave of nostalgia, reminding us of the old Pakistani pop classics of the 90s. However, the highlight of this album is Gal Meri Paki Aa, a Punjabi pop number with an English twist which perfectly ties the whole album together with its smooth pop flavor.

E-Sharp – Bahadur Yaar Jung
After spending almost a year in their self-made and self-financed studio experimenting with different genres of rock; Karachi based band E-Sharp graced us with Bahadur Yaar Jung, an album that probably contains the most tracks in Pakistani history. However, these songs combined take us on the journey of a struggling musician named Bahadur which is what truly elevates this album to a new and uncharted height. This indie rock band has managed to take the genres that influenced them and combine them into something fun to listen to, with songs like Is Shehr Main and Ek Haseena. Then there are tracks like Sarmast, Chehre, and Sooli which are slow, almost haunting as they highlight the plights that Bahadur faces. The album, produced by a band best known for its covers of The Beatles’ greatest hits, is a treat for the ear and a first of its kind; a love song to Classic Rock, and an unforgettable one at that.

Shafqat Amanat Ali – Muh Dikhai
A Classical singer who is one of the most sought after performers from the subcontinent, having lent his musical power to some of the biggest names in Bollywood, made a comeback with his third album Muh Dikhai. Shafqat Amanant Ali is someone who has solidified his standing in the music industry and his latest album, named after a Punjabi Nazam showcases just that. The headlining track, Muh Dikhai, shares a name and story with the album with its strong lyrics and trademark classic feel which highlights the rich cultural heritage of the Subcontinent. Ratiyaan and Tum Nahi Aaye differ from the norm with the former being a modern day Ghazal and the latter blends in the sounds of the Waltz and Ghazals, in turn creating something different yet engaging. The maestro of music is back and has left us with a need for more of his soothing, classical voice. 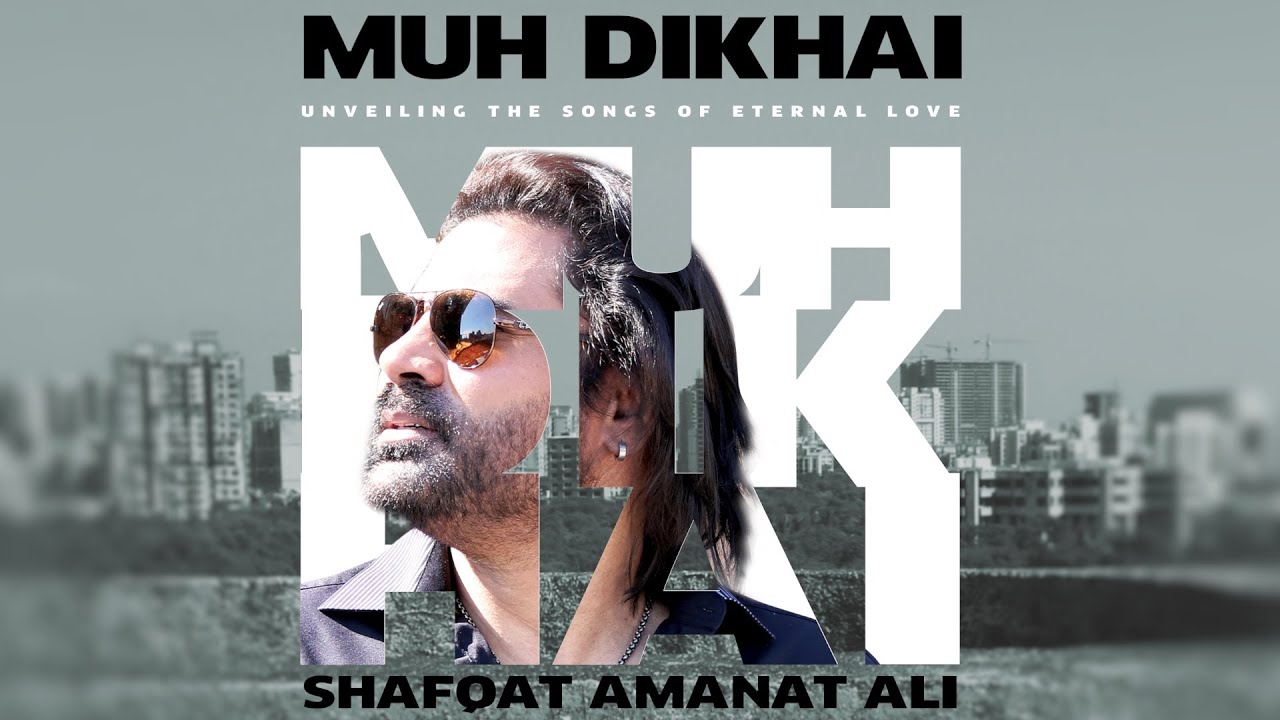 DissBelief – Table for Five
This year marked the return of industry veterans but it also marked an emergence of local underground bands aiming to make their mark. DissBelief, an Islamabad based alternative rock band, captured the attention of audiences everywhere with their raw music and their self-composed English lyrics. A band that has cited heavy alternative bands such as Avenged Sevenfold and Alter Bridge as their influences, the tracks Misery and Hope, and Land of the Pure certainly bring out the head-banging side of you with their heavy guitar riffs and powerhouse vocals. Memory Lane is one of the softer tracks off the album but they band still manages to infuse heavy instruments in there without taking away the essence of the song. Overall, the album is a treat for metal-heads everywhere and a call to a niche genre in the industry that is sure to grow and evolve over time with the help of bands like DissBelief.

Natasha Humera Ejaz – Till the End of Time
A musician, a dancer, an artist, and an actor; Natasha is a master of all trades and after years of teasing us with beautiful renditions of classic hits, she has released her EP titled Till the End of Time. An album which showcases Natasha’s talents but at the same time, showcases who she is; the album combines folk, indie, and electro-pop into a smooth mixture with Natasha’s voice elevating it to an almost ethereal plane. The title track, Till the End of Time is a jazzy number, with hints of Nancy Sinatra running through it along with an unforgettable guitar riff yet, it’s the lyrics and the tone of the song that really set it apart as Natasha takes us through a conversation with her father. The God Song, true to its name is filled with fantasy and mysticism.

Osama Qureshi – Collaborative Mind at Mars
A Karachi based music producer, and composer, Osama Qureshi has been in the music scene for a while but released his first solo EP this year, putting his skills to the test. He certainly didn’t fail as his experimental, non-traditional electronic tracks have captivated listeners everywhere. Roping in musicians from across the globe, Collaborative Mind at Mars contains a whopping fourteen songs ranging from electronic to symphonic rock, with tracks such as Light Inside, Aroma, and Psychological War. The album captures your imagination from the evocative intro, Landscape, which is a mixture of techno and electro-trance and ends with Confusing Demons, a heavy, operatic rock number which will transport you to the stage of The Phantom of the Opera with his haunting screeches and laughs. 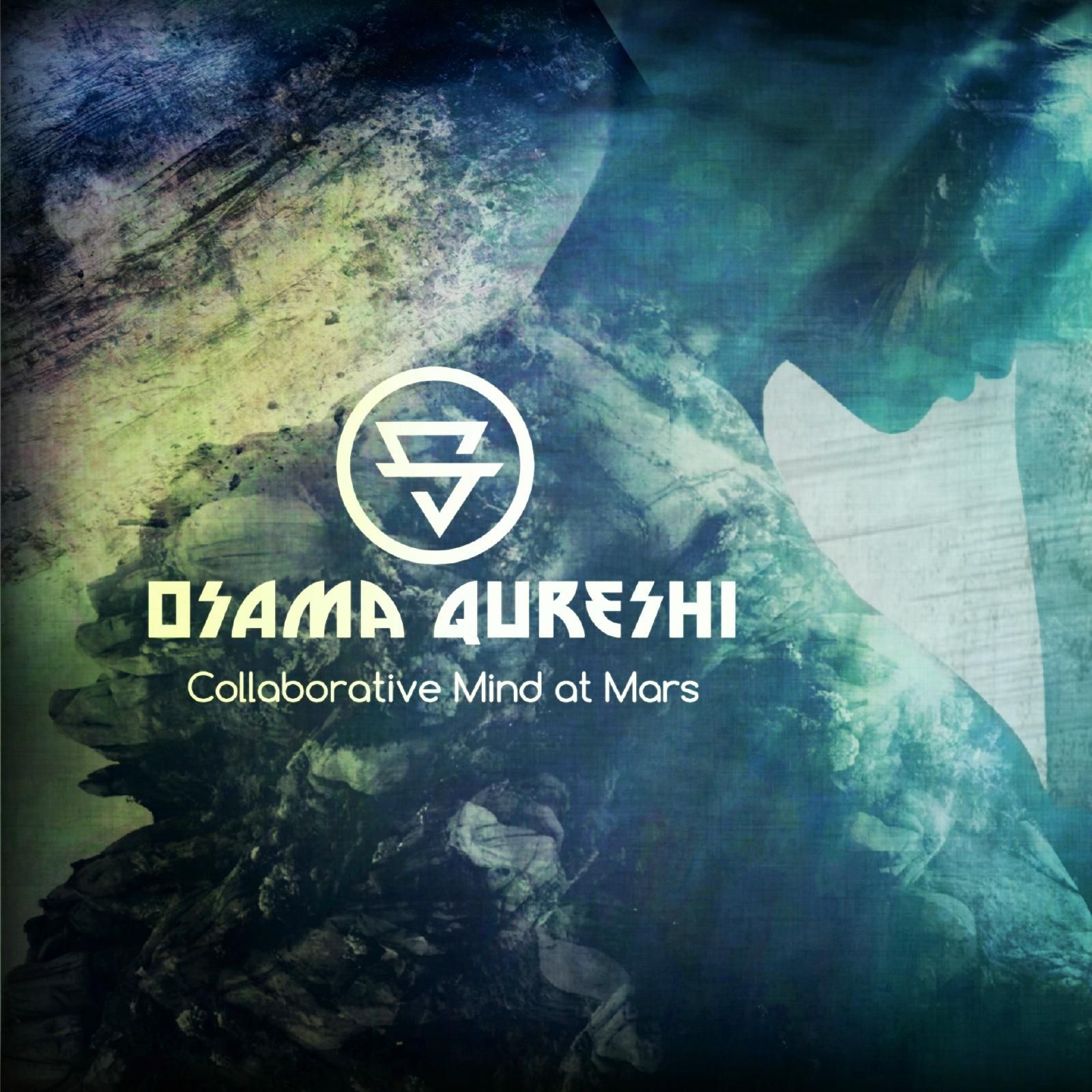 Faraz Haider – Naya Jahan
A film maker and musician from Karachi, Faraz Haider wowed us with his first album, Andher and this year, he delivered another hit in the form of Naya Jahan. A rocker through and through, the album screams classic and alternative rock heavily inspired by names such as Audioslave and Soundgarden. The essence of those bands, and that flavor of music is clear throughout tracks such as Moth, Mujh Se, and Farman Bardar. The album certainly does justice to Faraz’s vocal range with Benaam and Dunya Ghoom Kay which capture a sense of honesty in his voice fused with his trademark piercing vocals. However, the surprise of the album is Tum Hee Jaano, a powerhouse of a track which has all the makings of a great long song, right down to pleasant soft rock melody.

NaQsh – Saptak
Alternative rock band NaQsh have been gaining momentum since 2007 with their refreshing fusion of genres and now, they’re come to a crescendo with their debut album, Saptak. The Canadian Indo-Pak band have amassed a new following with this album, owing to fun summer tracks such as Pagli and Kaka which are a treat to listen to with their soft soothing guitars and fun beats respectively. Megha is a powerhouse of a track with an energetic drum and guitar tune that perfectly complement each other along with lead vocalist Daksh Kubba’s voice. Iltija, Musu, and Saajna round off this fast paced alternative album with a slower, powerful punch which focuses on Daksh’s strong vocals and their lyrical prowess.

Ali Haider – Koi Aisi Baat
Purani Jeans is a song known throughout Pakistan whether the older generation or the new; the pop classic hit has forever been immortalized in our industry a d the maestro behind the hit? Well, he’s back with his latest album, Koi Aisi Baat. Ali Haider has returned to his pop roots with this romantic album containing slow but moving gems such as Koi Aisi Baat, and Yadon Ke Saaye as well as upbeat numbers like Dil Ke Darwaze and Saare Munde. At the same time, we’re infused with a sense of nostalgia with Bachpan and Neeli Shirt, both reminiscent of Purani Jeans and the reason why Ali Haider has made headlines after seven years of absence.

Xarb – Harmonic Tremor
Another underground alternative rock band breaking out into the mainstream music scene is XarB with their debut album Harmonic Tremor. Formed in 2011 and primarily based in Lahore; the band cites Pearl Jam, Led Zeppelin, Ali Azmat, Nusrat Fateh Ali Khan, and, Abida Parveen as their inspirations; truly a unique blend, wouldn’t you say? Well it certainly rings out through their album with On, a track that will leave us drawing comparisons between the vocalist and Eddie Vedder; with props given to the former for his control of sound. Breakdown is a lighter more easy-listening kind of track with a fun chorus to belt out and a funky guitar tune. Bleed, Winter, and Traveller are slower yet carry a scent of the old 80s rock classic infused with the 90s. However it’s Baysabro that invokes the classical sound of our nation which ties the album perfectly together.

Nusrat Hussain – Kaho
The former member of Vital Signs and Junoon made his solo comeback with Amrit and now he’s back with his second album, Kaho which released in the first half of this year. The eight track album is pop-rock at its finest with politically charged lyrics which shine through in Shor and Maza Dard Ka which combine clever poetry with progressive rock music. Kaho, Tum Bin, and Chalay Ana on the other hand move into more progressive and easy listening territory with an almost melancholic feel to it. At the end of the day, whether you’re a rocker or you’re craving some old school Pakistani pop-rock, Nusrat Hussain’s new album will definitely get you going.

Fuzon – Ik Ranjha
Described as a fusion of Sufi and soft rock; their name as a band is only apt. Fuzon is one of Pakistan’s premiere sufi-rock bands and though they may have gone through some line-up changes, they remain ever present. They returned this year with Ik Ranjha, an album that proves that they’ve not lost their signature flare with tracks like Lai Be Qadran Naal, Main Tere Sang, and Gulon Main Rang; each employing Eastern instruments along with Fuzon’s signature style. However, it is their cover of Reshma’s, Wey Main Chori Chori that stands ahead of the pack with a brilliant composition and a fun little groove on this classic tune. Because that in essence, is Fuzon; groovy and aesthetically tasteful music with a classic twist.